so you found a misspelled word.  i did too.  but you knew what i meant anyway, right?

i am a terrible speller to begin with and then add to that my typos and well . . . you have a few (probably several) spelling mistakes on this blog.

but that is ok, i am not going to stress about them.  so you shouldn't either.  i probably know about the mistake(s) you found--i see them as soon as i reread a blog entry.  but fixing them is time consuming, i just don't wanna worry with correcting every spelling boo-boo.

Email ThisBlogThis!Share to TwitterShare to FacebookShare to Pinterest
Labels: bloginess

You know living in a foreign country presents all kinds of interesting problems.  And, these problems are only compounded if you are illiterate in the native language.

Well, I am not exactly illiterate.  I can read maybe a thousand Chinese characters (of the appox. 8000 a college grad in Taiwan knows).  So, my mere thousand characters do not qualify me to understand the directions on the back of a bottle of Drano.  Heck, it doesn't even qualify me to be able to pick out the product I need off of the "cleaning supply shelf" at the local "everything for sale" store.

But, thankfully, Taiwan is kind to their illiterate.  The bottle of Drano has great graphics on the front to let me know it is Drano (it even has the English word, of course that is partly under the price tag).  And, there are nice, easy to understand line drawings on the back of the bottle telling me how to use the product.  And, I do know enough Chinese to be able to read the "1/2 bottle" and "1 hour" and other stuff like that. 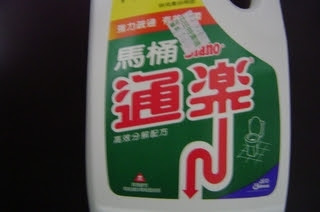 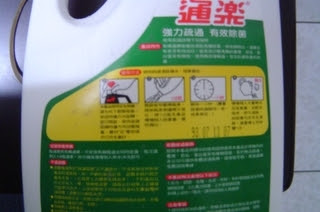 So, I am grateful for the people at Drano thinking about me and my illiteracy when they wrote the directions for how to use the stuff.  I don't remember there being little pictures that go along with directions on stuff in the States, but it has been awhile since I looked.  So, this summer I will look and see if I just remember wrong or not.

Email ThisBlogThis!Share to TwitterShare to FacebookShare to Pinterest
Labels: culture, life in taiwan, my stuff, what's up

culture (n.)
As I am preparing to go back to America for the summer after residing in Taiwan for the last year, I have been reflecting on culture and preparing myself for reverse-culture shock or reentry shock.

One of my students remarked to me a few months ago, “you are eighty percent Taiwanese,” an observation prompted by a certain dish I was eating for lunch. This actually caught me by surprise because he had also commented on the multiple American products that I had in my bathroom shortly after I had returned from the States last year. In addition, as part of poking fun at their teachers at the “Thanking Teacher Banquet” my beloved students also awarded me the “rejects her own nation” award. When trying to explain it, a student said, and I quote, “you have been melting into our culture; you do many actions that are much like a Taiwanese.”

So, have I?
Have I rejected American culture and adopted Taiwanese culture as my own?

Well, yes and no.

I have concluded that I belong to a small group of people who are “third culture” people. I am not fully American and not fully Taiwanese (as far as culture is concerned).

I am a milkshake.

A milkshake is made of ice cream and of milk.  Once shaken, it is no longer milk and no longer ice cream . . . it is something altogether new.  That is me.  That is my culture. 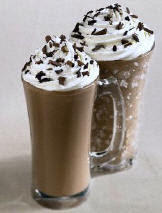 And, if I say so myself, milkshakes are pretty tasty treats.

Oh . . . as long as I am a milkshake, I wanna be a chocolate one (with whipped cream and chunks of chocolate on top!! :) 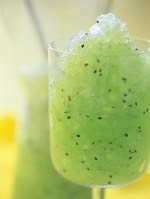 Peel a kiwi. Throw kiwi in blender. Blend. Throw in some ice. Blend again. And what do you have? The world's best icee! A nice blending of fruit and ice . . . but again something new--no longer ice and no longer a kiwi--a mix of both. YUMMY!! 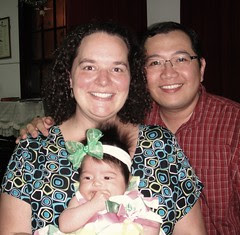